Join us at the Leica Store Boston on Saturday, October 1, at 2:00 pm for the discussion, "Among Penguins: Life Below Zero." with author and birding researcher, Noah Strycker. Following an early morning birdwatch walk with Noah and Leica representatives, the Leica Store Boston will host a talk with Noah on his penguin research along with his photography on exhibit. What is it like to live next to a colony of 300,000 penguins—with no fresh food or shower, in a tiny tent in Antarctica? Noah first visited the icy continent as part of a research study on Adélie and Emperor penguins, spending three months in a remote field camp. He soon found himself caught by the great allure of Antarctica—and has since returned more than 30 times, by cargo jet, helicopter, icebreaker, Zodiac, and even stand-up paddleboard, on a quest to study the world's most charismatic birds. Noah spins a variety of tales from metropolises of the frozen south, where the locals are all three feet tall and dressed for a gala. This presentation, with stunning photos and videos, will entertain kids, wildlife lovers, and veteran travelers alike. About Speaker, Noah Strycker Called a “Travel Pioneer” by the BBC and “Birdman of Razzmatazz” by Newsweek, Noah Strycker is a writer, photographer, and bird man based near Eugene, Oregon. In 2015, during a quest spanning 41 countries and all seven continents, he set a world record by finding 6,042 species of birds (more than half the world’s total) in one calendar year. He has written several bestselling books, is Associate Editor of Birding magazine, and guides in the polar regions for Quark Expeditions and Antarctic Logistics & Expeditions. Noah is a birding ambassador for Leica Sport Optics, and uses Leica’s Noctivid binoculars and Televid spotting scope in the field. 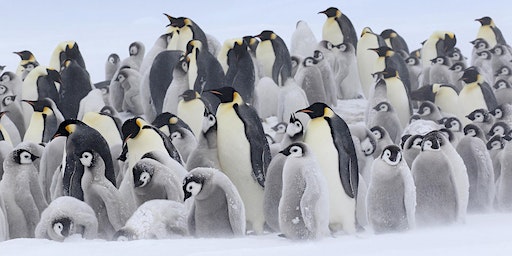