ASHBURN, VA — A man robbed a 7-Eleven at gunpoint in Ashburn on Tuesday night, according to the Loudoun County Sheriff's Office. Now, police are looking to speak with anyone who may have more information about the suspect. The sheriff's office said the robbery occurred around 11 p.m. on Tuesday, June 8. The robbed 7-Eleven is located in the 21800 block of Ryan Center Way in Ashburn. On Wednesday, police published video footage of the suspect online. They hope that the public will be able to help identify the suspect based on the footage. The footage shows the man entered the store and walk straight to the counter, bypassing the rest of the goods in the store. The footage does not show the robbery. Police claimed that the suspect took out a gun and demanded cash from the 7-Eleven's employee. The employee complied, and the suspect fled the store with "a small amount of cash," police said. No injures were reported in the robbery. Authorities described the suspect as a short Black man in his mid-to-late 20s or early 30s. Police estimated that he weighs between 150 and 175 pounds. During the robbery, the suspect was wearing a black hooded sweatshirt, blue jeans, a black hat, and dark shoes with white bottoms. Anyone with information about the robbery or the suspect is encouraged to contact Detective Schmidt of the Loudoun County Sheriff's Office at 703-777-1021. Tips can also be submitted through the Loudoun County Sheriff's Office app, which is available on iPhone's App Store and Android's Google Play store. This is the third robbery of a 7-Eleven in Loudoun County this year. In January, a gunman fled a 7-Eleven in Sterling after a clerk had difficulty opening the cash register. No money was reported missing. Another 7-Eleven, located in the 20600 block of Ashburn Road, was robbed in May. There, a suspect acquired some cash before fleeing the store on foot. 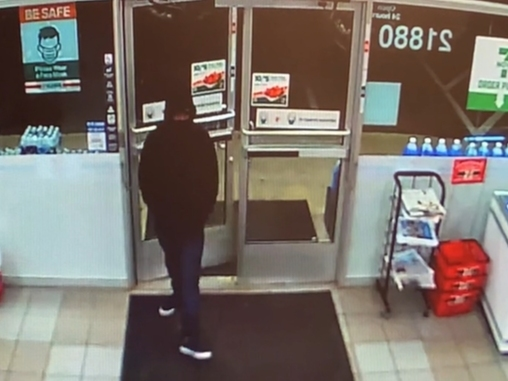