ASHBURN, VA — A European data developer and service provider has obtained 270 acres of Loudoun and Prince William counties for the purpose of moving more data centers into Northern Virginia, local officials announced on Wednesday. The specific sites will be announced at a later date but Yondr Group, which is a global leader, developer as well as an owner and operator of hyperscale data centers, has partnered with JK Land Holdings, LLC, in Sterling for the land acquisition, according to a news release. The local data centers are expected to support the delivery of 500 megawatts of critical IT capacity when the site is fully developed, the release said. Northern Virginia is the largest data center market globally with more than 1.2GW of total leased data center absorption to date, the release said. With close to 240MW of data centers under construction, Northern Virginia is home to some of the biggest cloud players and poised to grow by 13.8 percent in 2021, officials announced. The new site is located in close proximity to Northern Virginia's major fiber path and power transition lines, according to the release. Yondr officials said that they hope to have its first capacity ready for service by late next year. "The pandemic year has demonstrated the need to demystify data centers as businesses, educational institutions and the entertainment industry went primarily remote," said Buddy Rizer, executive director or Loudoun County Economic Development. "The full impact of data centers goes beyond the physical infrastructure. We welcome Yondr to Loudoun County and look forward to working with them and our own JKLH as they contribute to the growth of the region and create a lasting impact on our communities and local residents." Yondr officials said in a statement that the acquisition of property in Northern Virginia helps with the company's global scaling efforts and will help to put the company's data centers in five continents by 2024. "With our Americas expansion plan in full swing, being strategically located in Northern Virginia will allow our clients to access the country's largest data center corridor," Éanna Murphy, Senior vice president of operations, Americas at Yondr Group said in the release. "Our partnership with JK Land Holdings and support from both county governments will allow our clients to grow at scale in this metro." 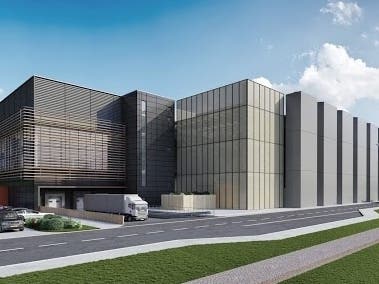